welcome to my shrine for ao no exorcist!

ao no exorcist is a manga by kazue kato. it also has two anime seasons produced by A-1 pictures, but i haven't seen those. i'm not gonna go into detail about the series, so if you wanna know more on what it's about, visit its MAL page!

aoex is one of my favorite manga series ever, and i think it's very underrated! it's mostly been written off because of the first anime season's badly written filler ending (not to mention it not getting a second season for SIX YEARS), but what comes after the arcs shown in the anime(s) is really amazing. each character is very trope-y with the usual tsundere, pervert, shy love interest, serious megane etc., but what kazue kato does that's so amazing is give the characters arcs and development that subvert these tropes, and while i'd love to give examples i can't because of big spoilers :( but if you're going to read it, i'll suggest to not expect things of certain characters, because....well, some things happen that are pretty surprising (if you've read the manga you know EXACTLY which character i'm referring to).

anyway, my favorite characters are yukio okumura and renzou shima. for yukio, well, i really love him because he's a very human character. while rin starts from nowhere at the beginning where he loses his support but learns to make friends and gains a support system from there, yukio starts with having a status and skills that his brother has to work for too. he's seen as perfect and a prodigy, but he isn't treated like that by the author. the author shows the effects of being raised as pretty much a child soldier, and throughout the manga yukio spirals mentally in a VERY long arc for him. i won't say more because of spoilers, but all i'll say more is that he is a VERY well written character, and gets a lot of hate purely because most casual readers don't want to look into how great his character is.

as for renzou, i actually didn't initially like him in the beginning. he was a very boring typical pervert character, and mostly seemed like he'd be in the background for the rest of the manga. but kato DEFINITELY proved me wrong by the time the illuminati (yes, the illuminati exists in the manga) arc came around. renzou gets developed SO WELL in that arc through a twist that surprised a LOT of people when it happened at the time. i won't go into detail because.....well, spoilers, but what happens with him in that arc INSTANTLY made him a favorite of mine.

and even if they aren't my favorites, i definitely love the rest of the cast of aoex as well!!! ryuuji and shiemi are also close to being favorites of mine, and i also love rin, izumo and konekomaru a lot too. the manga is KILLING ME with the development of all of them as of chapter 112, and i highly recommend you read it!! it's definitely a wild ride, but it's well worth it.

before you scroll, beware there ARE spoilers for the manga below! if you don't want to be spoiled, don't scroll any further!!

i don't contribute to the fandom much unfortunately, but there is some stuff i've made!

below are pictures of my favorite moments in the manga. again, beware of spoilers!! i have a lot of pictures from the manga here and believe me, even seeing some of the characters here can spoil an entire arc.

important: cw for guns and suicide!! 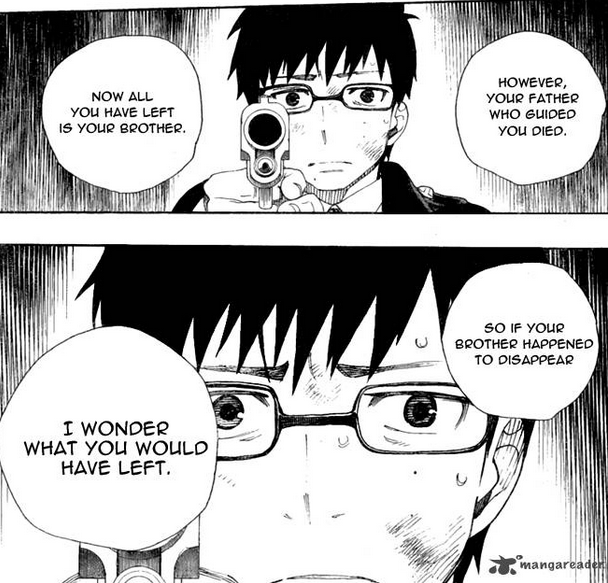 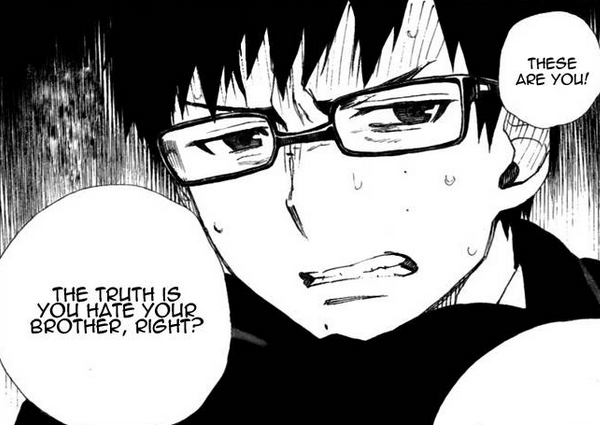 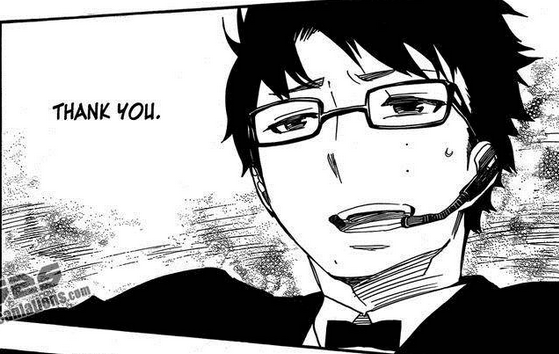 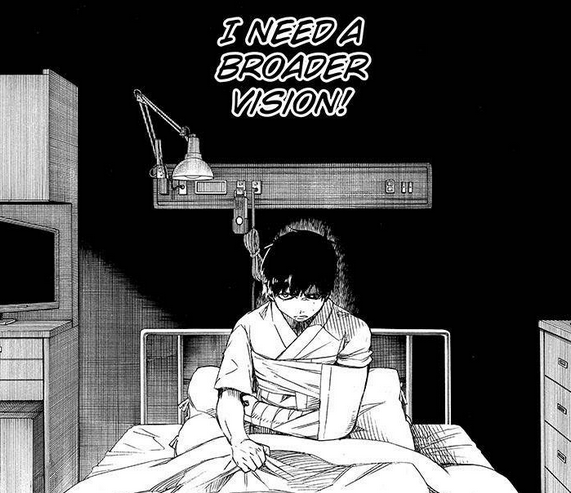 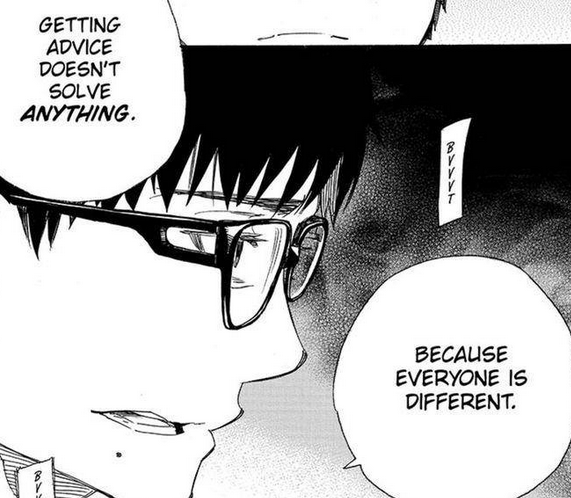 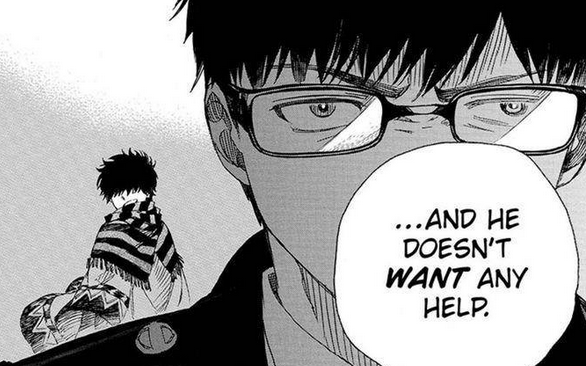 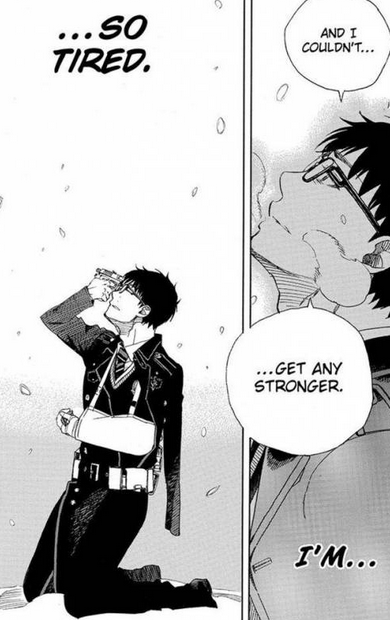 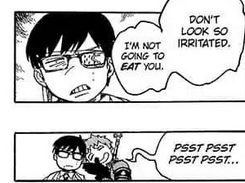 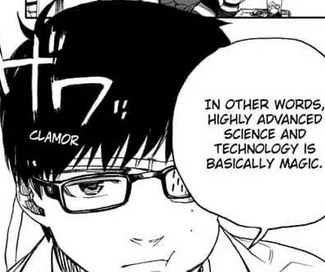 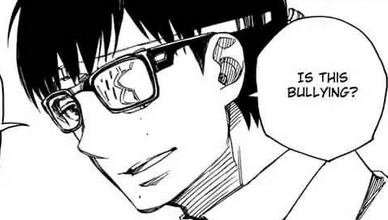 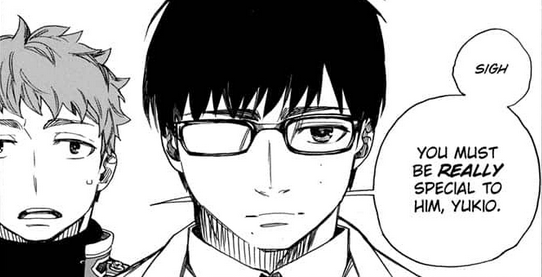